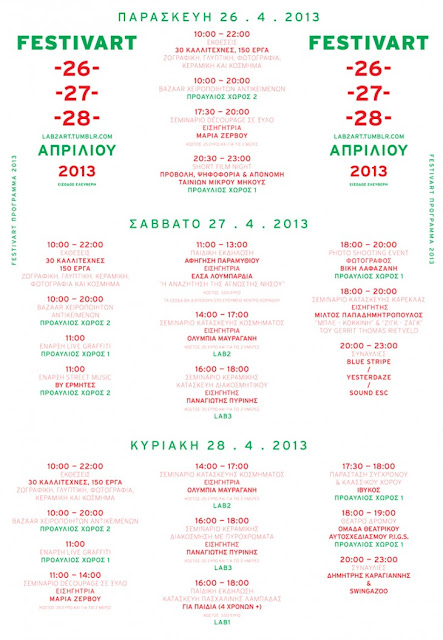 Hotel Segas
Only 1/2 hr's drive from Vouliagmeni
www.hotelsegas.com
Posted by HotelSegas at Wednesday, April 24, 2013 No comments: 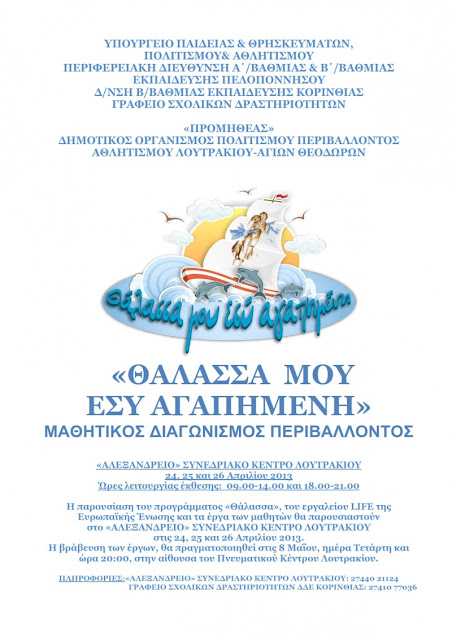 Posted by HotelSegas at Tuesday, April 23, 2013 No comments:

Archaic Colours at the Acropolis Museum

Commencing Tuesday 31 July 2012 and for the next twelve months, the Acropolis Museum wants to conduct research on its unique collection of archaic statues, which retain their colors to a small or large degree, and to open a very extensive discussion with the public and various experts on color, its technical issues, its detection using new technologies, its experimental use on marble surfaces, its digital reconstruction, its meaning, as well as the archaic period’s aesthetic perception of color. So far, scientific research into the color found on ancient sculpture has made great progress and reached surprising conclusions that to a large degree refute the stereotypical assumptions regarding ancient sculpture. It turns out that color, far from being just a simple decorative element, added to the sculpture’s aesthetic quality. 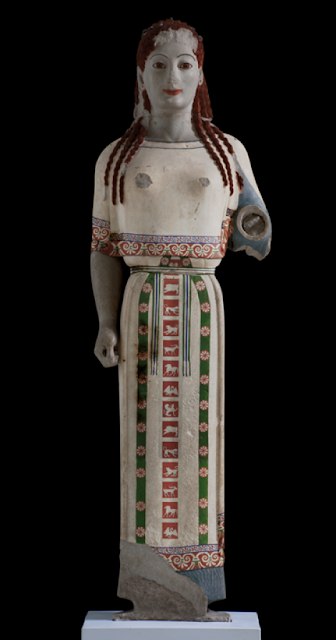 For ancient Greeks and their society, color constituted a way to characterize various attributes. The blond hair of the gods projected their power; the brown skin of warriors and athletes was a sign of virtue and valor, while the white skin of the korai expressed the grace and radiance of youth.
The Μuseum’s initiative on Archaic Colors is based on very careful observation, on spectroscopic analysis, on special photography sessions, on efforts to reproduce the colors of antiquity and then to apply them on Parian marble, and naturally, on searching through written sources for valuable information on the pigments.
The statues’ crisp, saturated colors, on bright garments and tender bodies, combined with the rich jewelry, frequently made of metal, and elaborately curled hair created a singular aesthetic pleasure, making the archaic statues “wonderful to behold” for the people of the period.
source: http://www.theacropolismuseum.gr/
Hotel Segas - www.hotelsegas.com
Posted by HotelSegas at Friday, April 19, 2013 No comments: 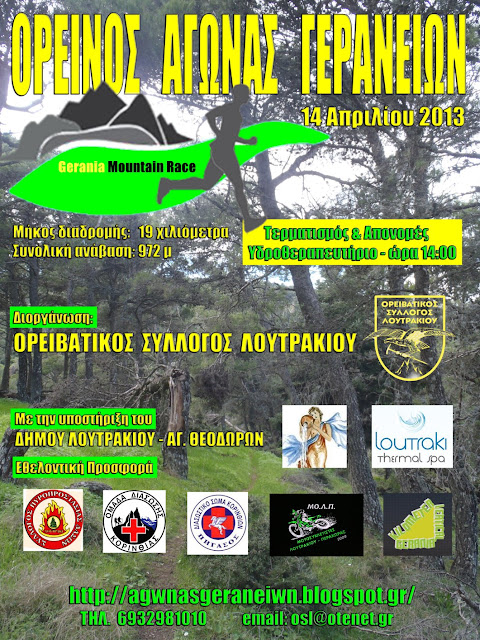 The statue of the "Philosopher of Antikythera"

To the cast bronze statue are attributed the head (X 13400), the hands (X 15105, X 15108), the sandaled feet (X 15091, X 15090) and the fragments of the himation (X 18932, X 15088). In the reconstruction drawing by I. Svoronos, the "Philosopher" was depicted standing with both feet firmly planted on the ground, wearing a long himation that covered most of his body down to the knees, and which was folded over his left shoulder. He held a staff in his left hand, while his right arm, bent at the elbow, was extended in a gesture characteristic of orators.
Source: http://www.namuseum.gr/object-month/2013/mar/mar13-en.html#

Hotel Segas
"Your home in Greece"
www.hotelsegas.com
Posted by HotelSegas at Wednesday, April 10, 2013 No comments:

The Lagynoi of the Antikythera Shipwreck - National Archaeological Museum Athens 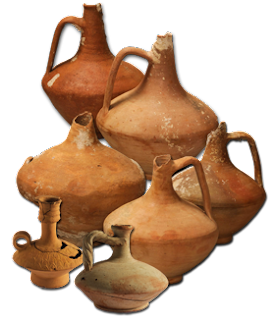 The 47 lagynoi rietrieved from the Antikythera wreck during the years 1900-1901 and 1976, formed one of the most numerus group of vases and one of the most popular vases of the Hellenistic period. Were used for transporting wine or for serving wine at the table.

Most of these, belong to type with bi-conical body and to type with flat schoulder and conical body, while lagynoi with a round body are missing eitirely. The most numerous group includes unglazed lagynoi, with large dimensions (h. 0,28-0,34 m.). The high neck is tubular, the base conical or in other cases, ring form and the handle, which is always vertical, extends from the shoulder to a little below the rim of the vase. Large unglazed lagynoi, utilitarian vases also known on and Rhodes from the second quarter of the 3rd c. BC, were widespread in the 2nd and the first half of the 1st c.BC in many regions of the eastern .

The white-ground lagynoi from the shipwreck (9 examples) belong to type with bi-conical body have large dimensions (h. 0,28-0,30 m.) and present the same morphological characteristics as the unglazed ones. They were widely disseminated along the coasts of Asia Minor, in , in , in , in the Aegean islands and especially on Delos, in and in the .

The third category, more simplified and with very few examples, has horizontal bands of unequal thickness set mainly on the edge of the shoulder, slightly above the base, thus emphasizing the articulations of the vase. These bands were set either directly on the clay or on a white slip. The chief characteristics of this catecory is its more careless construction, such lagynoi were probably cheaper substitutes for the category of decorated white-ground lagynoi.

Two lagynoi which have small dimensions belongs to a special category. The first one has a bi-conical flattened body, curved shoulder, and twisted handle and the other bi-conical body with ring handles on its shoulder and relief decoration. Vases of similar type and technique, include the lagynoi from Amorgos, Nisyros and , from the 2nd c. BC.

The 47 lagynoi in the ship's cargo formed a homogeneous group with similar morphological characteristics, which on the basis of parallels may be dated from the 2nd to the mid 1st c. BC., though it is not possible to determine a specific production centre beyond that of the greater eastern Aegean area. These vases probably formed a part of the ship's cargo for transporting wine.

Hotel Segas
1hr from Athens and from the Archaeological Museum
www.hotelsegas.com

Posted by HotelSegas at Saturday, April 06, 2013 No comments: 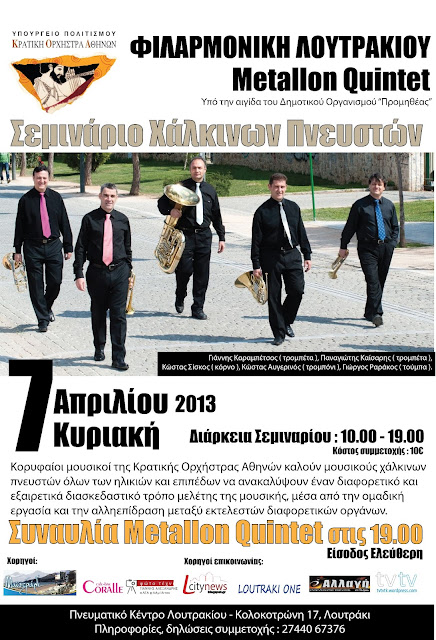 Posted by HotelSegas at Wednesday, April 03, 2013 No comments:

The monuments of the Acropolis have withstood the ravages of past centuries, both of ancient times and those of the Middle Ages. Until the 17th century, foreign travellers visiting the monuments depicted the classical buildings as being intact. This remained the case until the middle of the same century, when the Propylaia was blown up while being used as a gunpowder store. Thirty years later, the Ottoman occupiers dismantled the neighbouring Temple of Athena Nike to use its materials to strengthen the fortification of the Acropolis. The most fatal year, however, for the Acropolis, was 1687, when many of the building’s architectural members were blown into the air and fell in heaps around the Hill of the Acropolis, caused by a bomb from the Venetian forces. Foreign visitors to the Acropolis would search through the rubble and take fragments of the fallen sculptures as their souvenirs. It was in the 19th century that Lord Elgin removed intact architectural sculptures from the frieze, the metopes and the pediments of the building.

In 1833, the Turkish garrison withdrew from the Acropolis. Immediately after the founding of the Greek State, discussions about the construction of an Acropolis Museum on the Hill of the Acropolis began. In 1863, it was decided that the Museum be constructed on a site to the southeast of the Parthenon and foundations were laid on 30 December 1865.
The building program for the Museum had provided that its height not surpasses the height of the stylobate of the Parthenon. With only 800 square meters of floor space, the building was rapidly shown to be inadequate to accommodate the findings from the large excavations on the Acropolis that began in 1886. A second museum was announced in 1888, the so-called Little Museum. Final changes occurred in 1946-1947 with the second Museum being demolished and the original being sizably extended.
By the 1970s, the Museum could not cope satisfactorily with the large numbers of visitors passing through its doors. The inadequacy of the space frequently caused problems and downgraded the sense that the exhibition of the masterpieces from the Rock sought to achieve.
The Acropolis Museum was firstly conceived by Constantinos Karamanlis in September 1976. He also selected the site, upon which the Museum was finally built, decades later. With his penetrating vision, C. Karamanlis defined the need and established the means for a new Museum equipped with all technical facilities for the conservation of the invaluable Greek artifacts, where eventually the Parthenon sculptures will be reunited.
For these reasons, architectural competitions were conducted in 1976 and 1979, but without success. In 1989, Melina Mercouri, who as Minister of Culture inextricably identified her policies with the claim for the return of the Parthenon Marbles from the British Museum, initiated an international architectural competition. The results of this competition were annulled following the discovery of a large urban settlement on the Makriyianni site dating from Archaic to Early Christian Athens. This discovery now needed to be integrated into the New Museum that was to be built on this site.
In the year 2000, the Organization for the Construction of the New Acropolis Museum announced an invitation to a new tender, which was realized in accord with the Directives of the European Union. It is this Tender that has come to fruition with the awarding of the design tender to Bernard Tschumi with Michael Photiadis and their associates and the completion of construction in 2007.
Today, the new Acropolis Museum has a total area of 25,000 square meters, with exhibition space of over 14,000 square meters, ten times more than that of the old museum on the Hill of the Acropolis. The new Museum offers all the amenities expected in an international museum of the 21st century.
Source: http://www.theacropolismuseum.gr/
Hotel Segas
only 1 hour's drive from the Acropolis Museum
www.hotelsegas.com
Posted by HotelSegas at Monday, April 01, 2013 No comments: