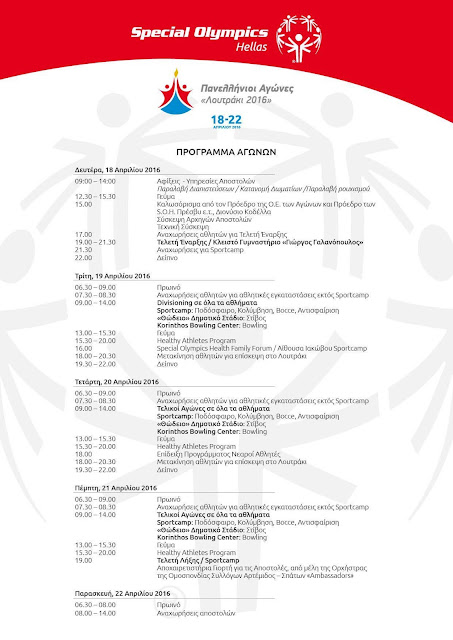 The programme of the Lighting Ceremony for the Rio Olympics 2016 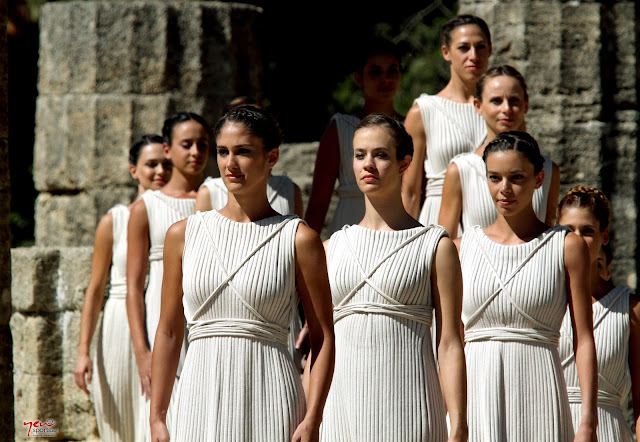 The programme of the Lighting Ceremony for Rio Olympics on the 21st of April in Ancient Olympia:
12:00 - Opening of the Ceremony- Olympic Circles: a synthesis12:07 - Olympic Anthem – Hoisting of the Olympic Flag- National Anthem of Brazil – Hoisting of the Brazilian Flag12:11 - National Anthem of Greece – Hoisting of the Greek Flag- “The Light of Olympia”, Takis Doxas’ poem recited by Yiannis Stankoglou- Address by the Mayor of Ancient Olympia, Mr. Efthymios Kotzas- Address by the President of the “RIO 2016” Organising Committee, Mr Carlos Nuzman- Address by the President of the International Olympic Committee, Mr Thomas Bach12:23 - Address by the President of the Hellenic Olympic Committee, Mr Spyros Capralos12:26 - Entry of the designated officials in the Temple of Hera12:32 - Ritual of the Lighting Ceremony at the Temple of Hera- Entry of the High Priestess and the Priestesses into the Ancient Stadium with the Olympic Flame- Dance performance by the Priestesses12:50 - Handing over of the Olympic Flame by the High Priestess to the first Torchbearer- Departure of the first Torchbearer for the Pierre de Coubertin Monument- Opening of the Olympic Torch Relay
This is the route that the torch relay will follow: 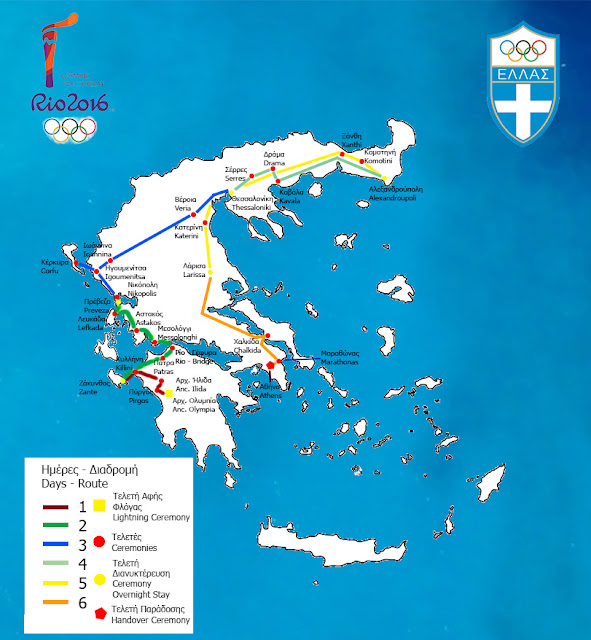 source: http://www.hoc.gr/en/node/1644
Loutraki is at the gateway to the Peloponnese - Hotel Segas will be delighted to accommodate you, should you wish to join one of the most ancient rituals of the Olympic Games.
Hotel Segas
www.hotelsegas.com

Posted by HotelSegas at Wednesday, April 13, 2016 No comments: