In early May, the town of Loutraki, hosts another special event in motorsport. It is the International Hellenic Regularity Rally, which is the 3rd round of the FIA’s Trophy for Historic Regularity Rallies and in the 3rd round of the corresponding Greek Championship of OMAE.
The rally is a two-day event, and will feature over 22 special stages in Northeastern Peloponnese and Western Attica and at least 50 time trials. You can imagine that many of the routes of the rally have been used in the recent past during the famous Acropolis Rally, which was known that it had its base in Loutraki between 2009 and 2015.

Furthermore, the route with a total length of over 300 km has designed to highlight the tourist and cultural attraction of the region, since among other passes from Epidaurus, Mycenae and the Heraion.The start of the Hellenic Regularity Rally will be Saturday May 6 at 12:00 at the Isthmus of Corinth and, according to plan, the finish will be held Sunday, May 7 at 13:30 in Loutraki, where is also the headquarters of the event.


Hotel Segas
Posted by HotelSegas at Tuesday, April 18, 2017 No comments: 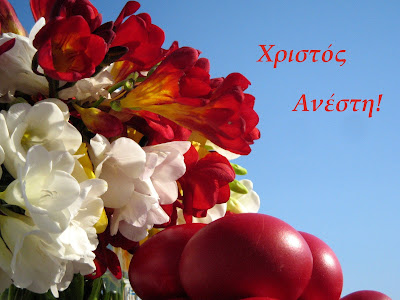 Easter Traditions from around the world

As church bells ring to mark the end of mass on Easter Saturday, residents of Corfu hurl clay pots off their balconies to loudly celebrate that death has been beaten by the Resurrection. The tradition was inspired by the Venetians, who threw their old and unwanted possessions out of their windows on New Year’s Day. It was adopted by the islanders and applied to the most important day in their calendar. 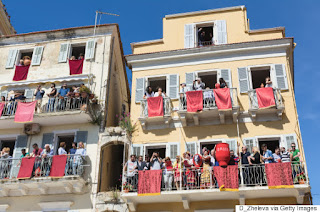 Inter-church rocket war: Chios
Churches across Greece celebrate midnight mass with a fireworks display but the island of Chios takes it to the next level with two rival churches engaging in a ‘rocket war’ or Rouketopolemos. The parishes of St. Mark's and Panaghia Ereithiani are built on hilltops 400 metres from each other and they fire hundreds of homemade rockets at the opposition’s belfry throughout the night. Direct hits to the bell tower are counted the next morning when the winner is declared. 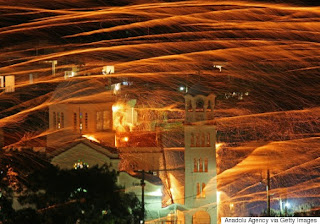 Residents of Fredericksburg dress up as Easter Bunnies, pioneers and Comanches and parade through their tiny town before setting the hills surrounding it on fire. As the fires blaze the towns’ lights are lowered as part of the Easter Fires Pageant. The ceremony began in 1847 to celebrate the peace accord signed between German settlers and Native Americans. 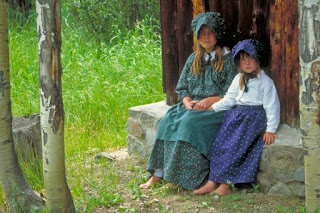 Villagers in Haux, Gironde embark on their yearly quest to feed all 1,000 residents with a giant omelette on Easter Monday. On a hand built fire in the town square chefs use 5,000 eggs and 110 pounds of bacon, onion, and garlic to create the 10 ft wide dish. The village feast has only been an annual event for 30 years but many trace it back to a tale that Napoleon demanded a giant egg dish be prepared for his troops as they passed through the countryside. 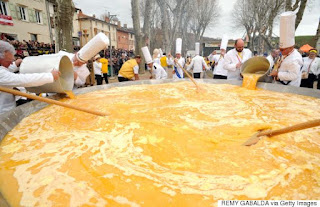 On Wet Monday dedicated men follow the ancient tradition of dumping a bucket of cold water over an unsuspecting young woman when she answers her front door. This Slovak gem is said to bless the soaked individual with fertility and strength. The men are then invited in and rewarded with dyed eggs, money and vodka. 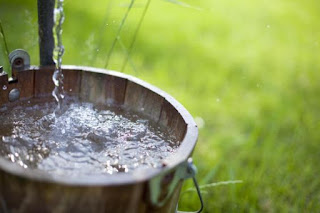 Wishing you all a Happy Easter! 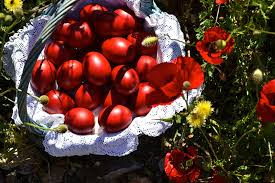 Posted by HotelSegas at Saturday, April 15, 2017 No comments: